Art-Eclectic is our web store wholly owned by The Lott Family, LLC. 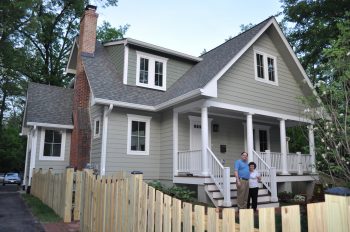 I began my love of art when we inherited some Japanese woodblock prints from my wife’s father. He spent over 40 years collecting Yokohama prints which were done between 1856 and 1872 in the Ukiyoe tradition. They showed scenes with people, technology, and culture from the US, UK, France, Netherlands, and Russia. The best of my father-in-law’s collection was donated to the Smithsonian who curated the donation and created an art exhibit that travelled around to major museums in the US in 1990. My wife inherited about 100 prints and we treasure them still.

Although we inherited some art, most of our collection was purchased by us over the years. My epiphany as a collector happened when I attended a show of Shin Hanga featuring the artist Hasui at the Smithsonian’s Sackler Gallery. These were 20th century works made in the Ukiyoe style. The main difference between Shin Hanga and traditional Ukiyoe prints is the use of western perspective. I was dazzled by them and it wasn’t long before we were buying them. Luckily, the price of this art is still affordable to the average American.

I’ve since spread out to other artists and other mediums for artistic expression. I particularly like the surrealists and impressionists, but have come to appreciate many art movements (even if I can’t afford to buy them). I’ve found that if you do buy art to own and enjoy for yourself, you won’t be disappointed with that purchase.

I hope you enjoy our little store and will come back to buy more. We are truly a Mom and Pop operation and hope you have as much joy in the ownership of these works as we have. Neither of us are art historians or experts, but we are art lovers.

About Shin Hanga (New Prints)
Much of our collection has been around this type of Japanese woodblock print. Before the Meiji Restoration in 1872, the Ukiyoe (Floating World) style of woodblock print was developed over hundreds of years. It was mass art meant for the everyday people and was extremely popular whether the topic was landscapes, Kabuki actors, beautiful women, animals, or mythic heroes. The prints were made by carving wooden blocks for each color and then using great skill and technique to press the ink onto rice paper. One print could have 40 or more pressings to make the final product.

In its heyday, the making of the prints was similar to a movie production. The artist was the director, the publisher was the producer and there were skilled teams that created the paper, carved the blocks, did the pressings, and prepared the prints for sale.

After 1872, Japan was swept away with a desire to catch the west in all ways. Ukiyoe prints with the cumbersome need to keep teams of people employed began to fall out of favor for other types of Western methods to create images such as photography. The Ukiyoe print became associated with “old fashioned” art. This resulted in production of these prints dwindling to a low point. In 1914 a publisher named Watanabe Shozaburo decided that the time honored tradition should be saved and began to hire artists to revive the woodblock print. The result was the Shin Hanga movement.

The predominate style for these prints are landscapes that feature an older, stylized view of Japan. Although the prints were made in the traditional way, one of the main changes was the use of Western perspective with vanishing focal point which gave the prints a more modern look. Another change was the buyer. Instead of mass production for the average Japanese citizen, these prints were more expensive and intended for the Japanese elite or for export to the West. The original artists who made their names in the 1920’s and 30’s such as Hasui, Yoshida, Kasamatsu, Shotei, and Koitsu, to name a few, are gone now and the movement is usually considered over by the 1950’s. However, some Shin Hanga prints are still being produced even today. The ones with most value are those introduced by the artist. After that, are the ones produced later during the artist’s lifetime, and then those that have been produced posthumously. This helps explain why you may see many prices on the same exact print.

Our office is generally open Monday-Friday 9-5 EST for phone calls and emails. Both are usually answered the same day and no later than the next working day after they are received.